The model, textures and functions in Draken 5.0 have all been completed, and we are now working on the Flight Manual and on getting all the installer scripts and graphics in place. The new support forum will also open when the model is released, which is probably at the end of next week.

Thank you for being patient, I know that it has been a long wait.   /Thomas 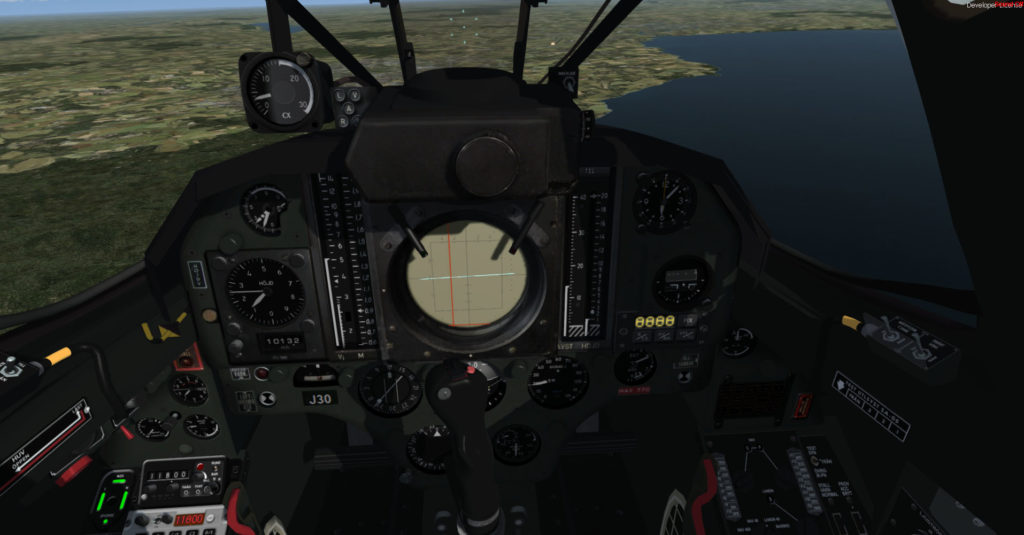 The release of Draken 5.0 has been moved to early October as I have not been able to work on the model for some time. The exterior and interior models are more or less finished, some work on gauges and animations remain + some tidying up of obsolete files, fine-tuning texture maps etc.

Draken 5.0 will be payware, although the price will be very modest and will include free updates for as long as I continue with the 5.x series. Details on how to purchase will be posted here when the model is released.

Development of Draken 5.0 is almost finished and the plan to release the model in August seems to hold. In the meantime I have updated the gallery with some new screenshots.

The beta version of Draken 5.0 for Prepar3D 4.x has been delayed for a few weeks, and I am actually considering skipping the public beta and releasing the official version earlier than planned since the model is now very close to final status. The systems/gauges programming, exterior model and texturing work are almost completed, and what remains is some remodeling and animation of the virtual cockpit.

The screenshots in the gallery are from an early stage of development and not representative of the current quality of the model. I will add some newer screenshots as soon as possible. 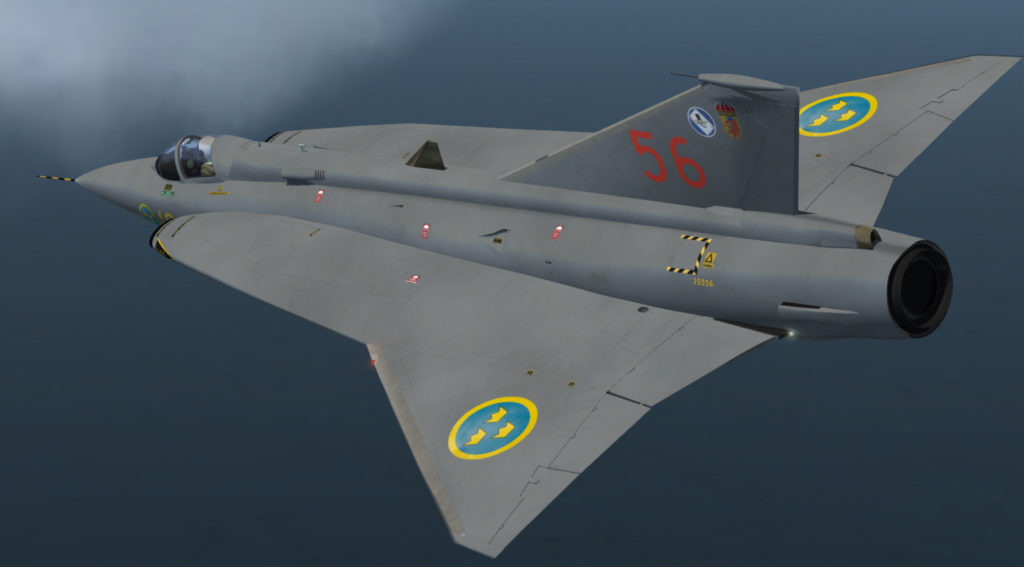 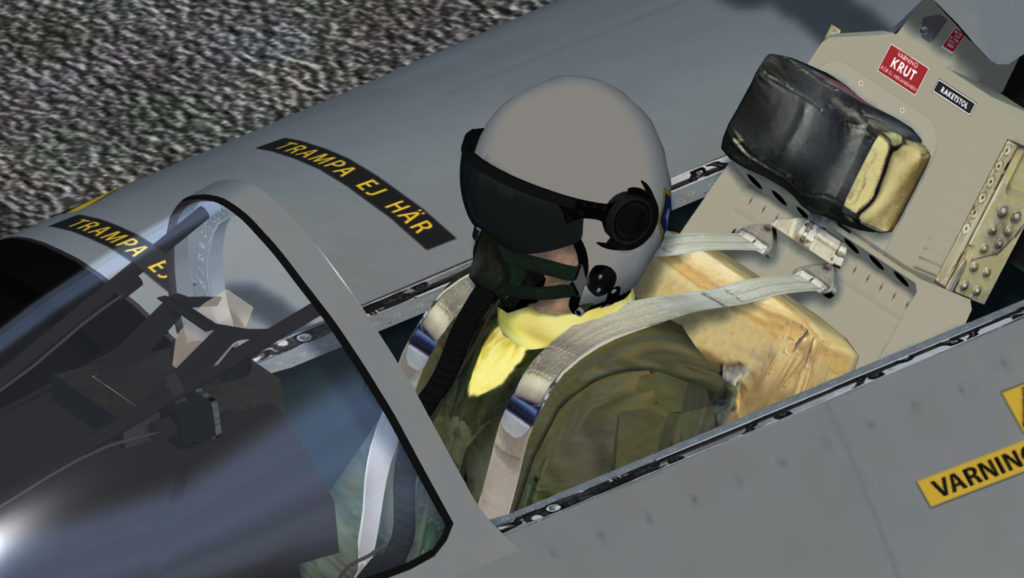 Adding details to the landing gear. The devil is in the details.

Added a few screenshots of the new exterior model (work in progress) on the Screenshots page.

After a year-long delay, the new 64-bit Draken for Prepar3D v4 is finally approaching the beta stage. The first beta version will be released sometime next month (June 2019) and the final release is planned for the third quarter of 2019.

What it is and what it’s not

Draken 5 is designed for Prepar3D v4.x. It will not work with earlier versions of P3D or with any edition of Microsoft Flight Simulator.

Draken for P3D will have a small pricetag, it will not be freeware like the FSX versions. The beta versions can be downloaded for free but will be “watermarked” and have a limited flight time.

Draken is a flight simulation and not a war game. The weapons in this version are modeled but not functional. There are third party solutions that can add fully functional weapons delivery systems to the model.

The 3D model is 15 years old by now and still built in Gmax, so visually it cannot stand up to newer models that are built in 3dsMax using all features in the P3Dv4 SDK. As with all previous versions of Draken, the focus lies on realistic flight characteristics and systems simulation. Remodeling Draken from scratch in 3dsMax is not an option at the moment.

The first beta version will be released within a few weeks. Stay tuned!

A menu link to a webshop page where you could purchase Draken 5.0 has been present for some time for logged in users. This was only a test page that was supposed to be hidden for ordinary users, but was inadvertently made visible by a badly configured plugin. There is no payware version of Draken and version 5.0 has not been released yet. Sorry for any confusion.

The contact form on this web site has for some time been directed to a disused email address, which means that no messages sent through the contact form for (at least) the last 12 months have reached me.

I am truly sorry for this error which may have given you the impression that I am not listening, or that the project has been abandoned.

If you have any questions regarding this project or just wish to get in touch with me, please use the (now working) contact form.

After 3 years of inactivity and 18 months of silence, the Draken project is finally being revived with a new version for Prepar3D v4, to be released in 2018.

Category: Uncategorized
Latest News
Blog Archive
We use cookies to ensure that we give you the best experience on our website. If you continue to use this site we will assume that you are happy with it.OKNOPrivacy policy
Revoke cookies